STOP!  I’ve been posting like crazy!  Here’s the FIRST ONE!  Okay, continue.

Since the births and birthdays have lightened up a bit, we can focus on the actual happenings of the Diabolical household, not just who’s here, who’s not, and who’s a bit taller.

This is a continuation of last chapter, so we all know what happened.  If not, that means you haven’t read last chapter.  Go read it!

I forgot to mention that Hans maxed Handiness!  Woo! 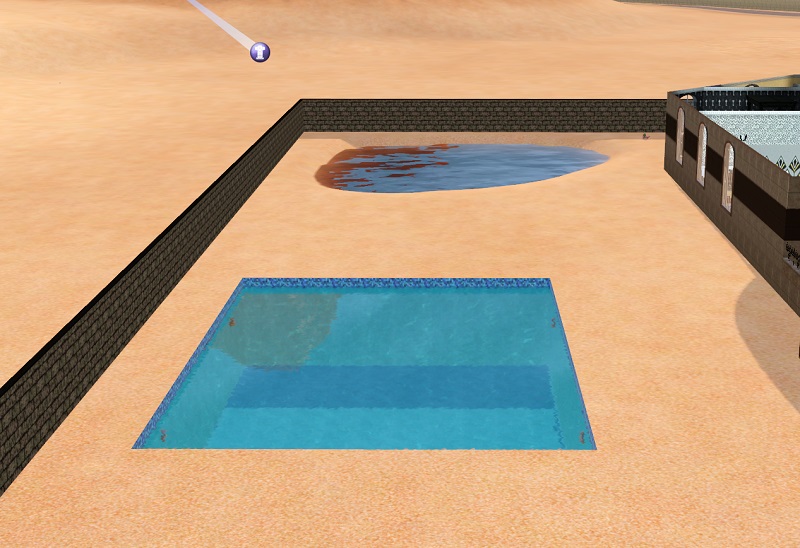 We built a pool to celebrate.

Now that Hans has reached level 10, he seems to be getting more emergency calls.  Some of which are actual fires, guys!

Like this place.  Actual fire!  This is incredibly exciting!

Except all the sims inside were unrelated to her. 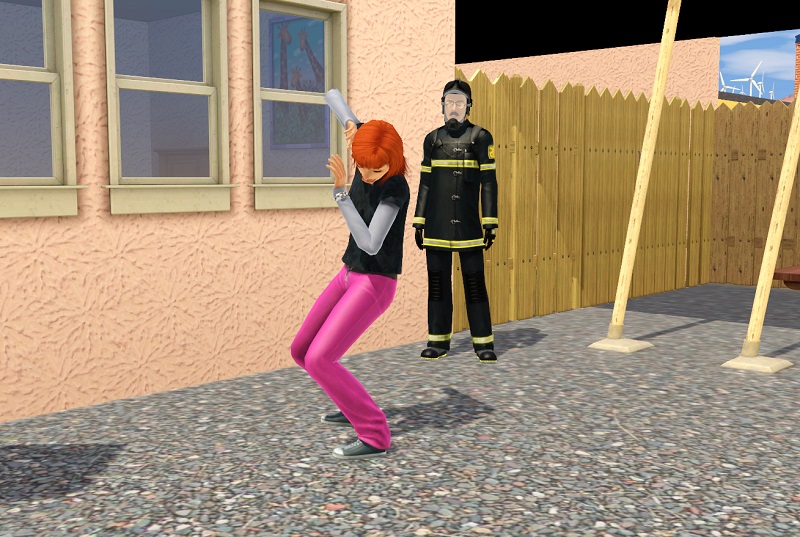 But Hans actually had to convince one woman to run!

Hans:  But…there’s no fire back here…

Before entering the burning building, you have to put out the fire coming through the windows.

This is the family.  The woman in danger previously looks bored now.

Hans couldn’t get through the door (you have to stop all the window fires, then break down the door), but that toddler crawled out of the burning building all on his own!

Then Kitty interrupted to let us know that’s she’s reached level 8 of the Film – Acting career.  Not bad!  But not as interesting as fighting fires! 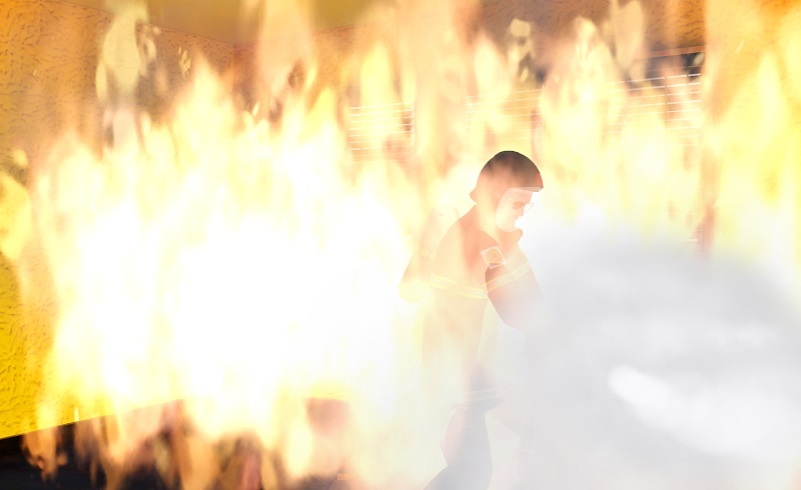 I’ll admit it, I panicked for a bit here.  How do you keep a firefighter from burning alive?!  But he got out alright.  🙂 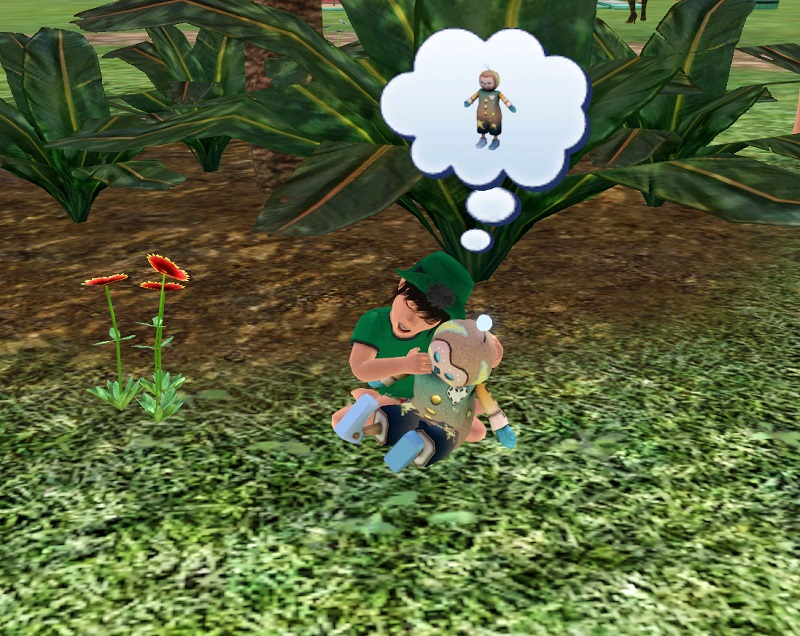 While Hans is fighting fires and saving lives, the rest of the family is attending the Summer Festival.

This is Mad Fireball with her Imaginary Friend, Cosmos.  I didn’t change the names this time around.  Both her and Magno Volt got Imaginary Friends.  Goodie Snow didn’t.  Clearly it’s because the mysterious extended family realize she is defective.  It can’t be hidden.

We even spot Rosie there!  She seems to be waiting for the cute Tanner woman to notice her.

Woah!  Didn’t see that coming.  Probably should have though. >.>

Look out, Tanner!  She’s about to– 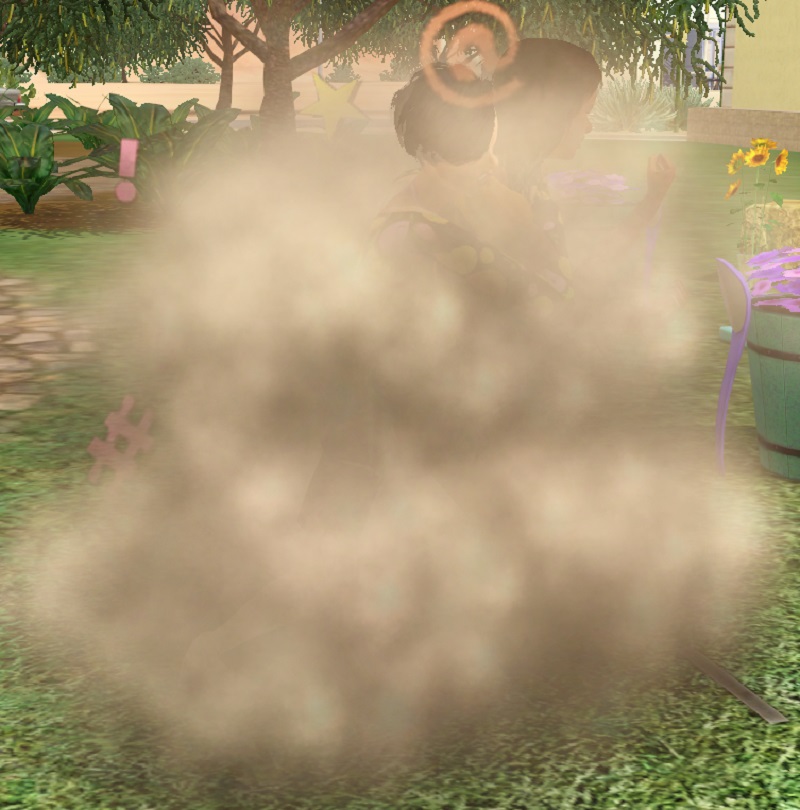 It ends just how we all knew it would.  With Rosie triumphantly lording it over her lesser human.

Townie Rosie is interesting.  But she isn’t showing signs of being pregnant.  😦

This one is at a much larger house.

First, break down the door.  I think that’s the Athletic skill Han is gaining there.

Then, save the kid!  What exactly are you enjoying about this situation?!

Saving the kid and his elderly…mother? gives Hans a very nice trophy!  We’ll have to remember to pick that up.

That’s another B grade and +3 to Hans’s LTW.

Let’s call it there, as the great birthday bash must go on.

Lili is the new head of the Diabolical family. Will this un-evil, unstable sim be able to carry such a hefty responsibility? Of course not!